Riverbend High School’s We Are One Campaign 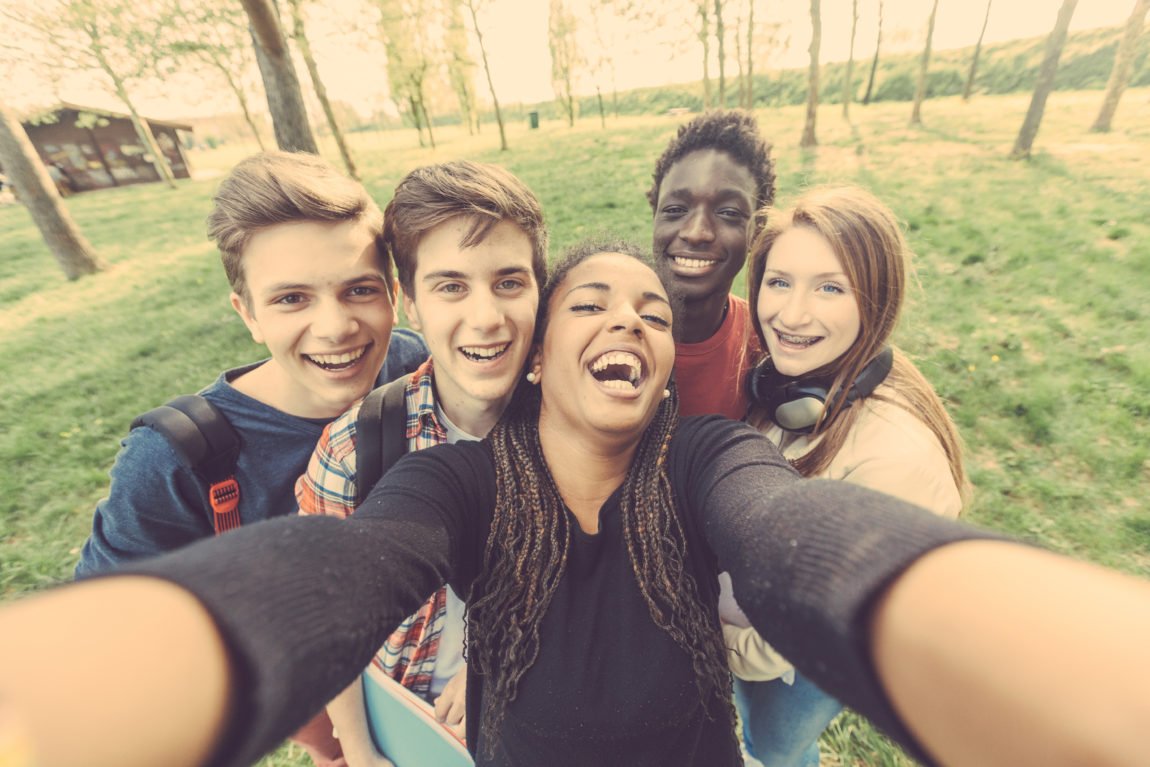 This year, Burke Swanson, the Senior Class President at Riverbend High School in Spotsylvania County, decided to do something impactful. He saw that division and a lack of inclusiveness had become a school-wide problem, and with the help of the other Senior Class representatives: Zach Sims, Jessica Bartlett, Sam Medlin, and Anderson Small, launched a school-wide campaign entitled, the We are One Campaign. Burke explains, “We are One is stating that we are one community, and in that community we have diversity.” He hopes that this will be the start of a movement against bullying and for inclusiveness at his school. The Senior Class representatives made t-shirts to publicize the campaign to the rest of the school, and Burke gave a speech which outlined its goals to the student body. “My hope is that the campaign will bring about respect of the differences that make each person a unique part of Riverbend. By first addressing division in the school, it would then allow the Riverbend students to tackle larger issues. The setup of the school is not going to change; however, what can change are the feelings experienced as each student approaches the end of their assigned hallway.”

“My community is not the only one that struggles with the epidemic that is bullying; stories and videos can be found strewn all across mass media of bullying cases and methods to stop it, but it is not just about fighting the act, it is also about fighting idea,” Burke explains. With this campaign, the Senior Class representatives hope to dispel the notion that a student has to try to be someone they are not to become a part of the in-crowd or to feel like they fit in. By taking a public stand against bullying and for an appreciation of the different but equally valuable gifts and talents that each student brings to the community, Riverbend’s Senior Class leaders hope that the work that they have done this year is one step towards the creation of a more inclusive environment for future Riverbend High School students.

Learn More About Our Tutoring Services Co-Owner and Director of Education

Proud mom of two adorable girls. Teacher who has developed an education business that started at a kitchen table and has grown into a thriving small business... Click here to Learn more about Nina.

What Are Executive Functioning Skills?

What do I do if my child doesn’t know a sound when we are reading together?

How Do We Prepare for the Upcoming School Year When We Don’t Know What It’s Going to Look Like? Part III

How Do We Prepare for the Upcoming School Year When We Don’t Know What It’s Going to Look Like? Part II

How Do We Prepare for the Upcoming School Year When We Don’t Know What It’s Going to Look Like?

Featured in Various Media Outlets Around the Country.

Pam Cantrell Burton
2020-10-14T16:15:51+0000
Parrish Learning Zone helped my daughter with on-line SAT and college essay preparation. She not only scored in the top 90 percentile on the SAT after working with Lauren Cannavo, she especially benefited from the tutoring she received for her admission essays. My daughter was accepted at Notre Dame, UVA, William and Mary, and received scholarships to George Washington University and the University of Alabama. She was initially deferred at the University of Chicago and waitlisted at University of Michigan and Emory University. She eventually chose not to remain on the waitlists and committed to UVA.Lauren also advised our daughter regarding her submission of a 20 page essay on community service for DECA, a high school business club. Our daughter, along with her partner, won second place in her category at the DECA state competitions in 2019 and 2020, and received second place at the DECA international competition in 2019.Lauren was not only a top-notch professional, she really cared about our daughter and was so pleased about her accomplishments. We are so very grateful to her and Parrish Learning Zone.

Marijayne Kruus
2020-05-11T21:51:37+0000
Mr. Chaves is an extremely gifted chemistry teacher. It's such a difficult subject--my son was drowning by the time we found PLZ. This was truly a last ditch effort on our part. Mr. Chaves was able to turn that ship around after only 4 lessons and my son passed the SOL! He was able to distill difficult concepts in a way that made them comprehensible and he was patient and kind and gave my son the confidence to succeed. His actual eacher expressed surprise and made a point of telling him he didn't know how he did it but he was impressed. It takes a gifted teacher to get results like that.I only wish we'd found PLZ and Mr. Chaves in the beginning of the school year.

Anne Kater Reeves
2018-06-07T22:46:05+0000
I highly recommend Parrish Learning Zone. My daughter was able to achieve the SAT score she was aiming for with the help of her Math (Mr. James Slane) and English (Mrs. Lauren Cannavo) tutors. Not only did they help her with practice tests but they also boosted her confidence in taking the SAT. The owners (Nina and Jay) were always prompt in answering my emails. They are very accommodating and worked around my daughter’s schedule (thank you Shiela for all your help in finding available dates for my daughter to meet with her tutors). Thank you Parrish Learning Zone for helping my daughter achieve her goal!

Beth Yankovich
2018-03-23T20:29:18+0000
I can't say enough good things about Parrish Learning Zone. My son has historically suffered from low reading comprehension. I felt he needed a little extra help so I contacted Parrish Learning Zone. The owners at Parrish matched my son with the perfect tutor for him, they developed a rapport almost immediately. He is now in 8th grade and doing well in all his classes. My son is very active in school sports and the staff at Parrish are always very accommodating. They always reschedule with no problems. My son even likes to go early to chat with Sheila.

Beth Kent
2017-11-08T18:59:11+0000
Awesome! Very structured and student focused - they identified the areas of weakness and turned those into areas of strength in a very short amount of time. I loved the communication from the tutor and the company. I received a specific report of my child's tutoring session including improvements and areas that needed continued work. I received reminders of upcoming tutor sessions - which I needed!! I felt the individual attention and service was worth every penny AND found the prices to be much more reasonable that other tutors in the area. I would HIGHLY recommend Parrish Learning Zone to any parent that needs to find highly competent tutoring help for their child. Parrish is simply the best!

Michele Hiltbrunner Freemyers
2017-03-14T15:53:50+0000
An excellent place to take your kids for any tutoring needs! PLZ is a very personalized and hands on service! Both of my teenage boys have been through here for various reasons and I know we will continue to make use of them!

Janice Boles
2014-12-02T22:34:32+0000
I am extremely thankful to Parrish Learning Zone. I have a son that is a freshman in college majoring in mechanical engineering. I am so glad that we found out about the Parrish Learning Zone because they were very caring and really worked hard around my sons high school football schedule to ensure that he received all of the needed instruction in order to do well on the SAT testing. It was a great investment for his future. I believe this experience prepared my son for the transition to college life. He was able to attend a top engineering college and to play football there. My daughter is a senior in high school now and was admitted into two of the top ranked public schools in Virginia. She will be a freshman at one of these schools next year. She also was enrolled in the Parrish Learning Zone for preparation for the SAT. I am again thankful to the Parrish Learning Zone and feel that this was a great long term investment into their futures. I would strongly recommend the Parrish Learning Zone to anyone looking for an environment that offers a caring and knowledgeable approach to educating students. They are the best.

Have a question? Talk to a client specialist.