4 Apps to Help with Exam Preparation 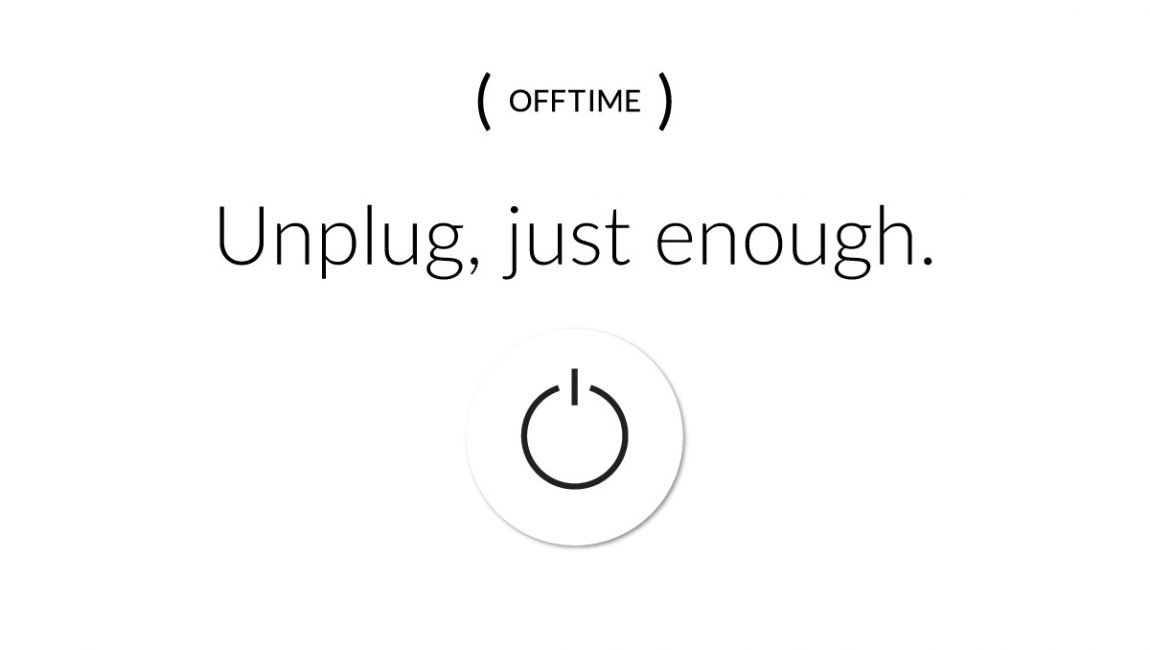 4 Apps to Help with Exam Preparation

Current technology helps make studying easier and more manageable. As smartphone ownership increases every year, mobile apps developed specifically for studying harder and smarter are regularly popping up. Parrish Learning Zone acknowledged that test anxiety can be caused by unproductive study methods. With deadlines and exams piling up, you need all the help you can get to stay on top of your academics.

Turn your mobile device into a tool that will bring you one step closer to graduation by using these apps especially made for students who want to excel. All students who have used Evernote can attest that this app is a godsend to their productivity toolbox. Evernote is essentially a virtual notetaker which can sync across all devices, mobile or desktop. The productivity app has so many features that make it invaluable to the plugged-in student such as the ability to scan your handwritten notes and easily look for a particular term or topic with the search function. The Verge adds that you can even drop in diagrams, flow charts, images, and other attachments for those who are visual learners. You can separate your notes into different folders, which are aptly called ‘notebooks’. Best of all, you don’t have to hurriedly handwrite your teacher’s lecture. Evernote has a voice notes feature which allows you to save recordings to type up later, leaving enough time to actually listen to the discussion. In addition, reading through your much more streamlined notes in Evernote can make reviewing more efficient and productive. A cloud-based task management app, using Wunderlist is a convenient way to get things done one by one. Maryville University highlights the importance of having an organized study schedule to avoid cramming at the last minute. To address students’ tendency to procrastinate, Wunderlist allows users to create virtual scheduled to-do lists which can be applied as a student’s study checklist. Make a catalog of the things you need to study for and when, and tick them off as you go along. This is one of the most productive study methods, and the reason behind it lies in how the mind works. Esteemed psychologist David Cohen pointed out that a detailed checklist provides structure that removes the anxiety caused by a looming deadline. If you break down your assignment into smaller, more achievable tasks, you gain a sense of accomplishment from completing them, and you’ll feel more motivated to continue on to the next.

A student’s number one enemy is distraction and smartphones can also be a major cause of it. Offtime is designed to address the unrelenting urge to check your phone constantly by restricting access to certain apps that limit productivity and focus. You can customize a contact list with whom you want to keep communication lines open while the rest will be blocked during your ‘offline’ period. The app also provides insight into your smartphone usage to give you an awareness of what platforms you spend most time on so you can cut back should you need to. If you can only study in a specific environment, download Noisli 2.0 to create the most conducive atmosphere for you. You can mix different sounds that suit your preference such as cafe music or relaxing waves. Other than the ambient noise, one outstanding feature is the timer that allows you to use the classic Pomodoro Technique. This is the use of time blocks of 25 minutes each, for four times, and then taking a five-minute break in between. Once you’ve completed four time blocks, stretch out your break to half an hour to unwind for the next set. This kind of study technique practices your commitment and keeps you focused to complete tasks at hand.

Article solely for the use of parrishlearningzone.com

[jetpack_subscription_form title=”Subscribe to Our Blog via Email”]

Learn More About Our Tutoring Services Co-Owner and Director of Education

Proud mom of two adorable girls. Teacher who has developed an education business that started at a kitchen table and has grown into a thriving small business... Click here to Learn more about Nina.

What Are Executive Functioning Skills?

What do I do if my child doesn’t know a sound when we are reading together?

How Do We Prepare for the Upcoming School Year When We Don’t Know What It’s Going to Look Like? Part III

How Do We Prepare for the Upcoming School Year When We Don’t Know What It’s Going to Look Like? Part II

How Do We Prepare for the Upcoming School Year When We Don’t Know What It’s Going to Look Like?

Featured in Various Media Outlets Around the Country.

Pam Cantrell Burton
2020-10-14T16:15:51+0000
Parrish Learning Zone helped my daughter with on-line SAT and college essay preparation. She not only scored in the top 90 percentile on the SAT after working with Lauren Cannavo, she especially benefited from the tutoring she received for her admission essays. My daughter was accepted at Notre Dame, UVA, William and Mary, and received scholarships to George Washington University and the University of Alabama. She was initially deferred at the University of Chicago and waitlisted at University of Michigan and Emory University. She eventually chose not to remain on the waitlists and committed to UVA.Lauren also advised our daughter regarding her submission of a 20 page essay on community service for DECA, a high school business club. Our daughter, along with her partner, won second place in her category at the DECA state competitions in 2019 and 2020, and received second place at the DECA international competition in 2019.Lauren was not only a top-notch professional, she really cared about our daughter and was so pleased about her accomplishments. We are so very grateful to her and Parrish Learning Zone.

Marijayne Kruus
2020-05-11T21:51:37+0000
My daughter has a math learning disability and hated math. We started working with Nina Parrish and stuck with it for several months. Her grades have improved, but more importantly, so has her self confidence. She now loves going to work on math and will even work on it at home by herself. We are grateful for Parrish Learning Zone!

Laura Ellis
2018-12-14T14:36:43+0000
Mr. Chaves is an extremely gifted chemistry teacher. It's such a difficult subject--my son was drowning by the time we found PLZ. This was truly a last ditch effort on our part. Mr. Chaves was able to turn that ship around after only 4 lessons and my son passed the SOL! He was able to distill difficult concepts in a way that made them comprehensible and he was patient and kind and gave my son the confidence to succeed. His actual eacher expressed surprise and made a point of telling him he didn't know how he did it but he was impressed. It takes a gifted teacher to get results like that.I only wish we'd found PLZ and Mr. Chaves in the beginning of the school year.

Anne Kater Reeves
2018-06-07T22:46:05+0000
I highly recommend Parrish Learning Zone. My daughter was able to achieve the SAT score she was aiming for with the help of her Math (Mr. James Slane) and English (Mrs. Lauren Cannavo) tutors. Not only did they help her with practice tests but they also boosted her confidence in taking the SAT. The owners (Nina and Jay) were always prompt in answering my emails. They are very accommodating and worked around my daughter’s schedule (thank you Shiela for all your help in finding available dates for my daughter to meet with her tutors). Thank you Parrish Learning Zone for helping my daughter achieve her goal!

Beth Yankovich
2018-03-23T20:29:18+0000
I can't say enough good things about Parrish Learning Zone. My son has historically suffered from low reading comprehension. I felt he needed a little extra help so I contacted Parrish Learning Zone. The owners at Parrish matched my son with the perfect tutor for him, they developed a rapport almost immediately. He is now in 8th grade and doing well in all his classes. My son is very active in school sports and the staff at Parrish are always very accommodating. They always reschedule with no problems. My son even likes to go early to chat with Sheila.

Beth Kent
2017-11-08T18:59:11+0000
Awesome! Very structured and student focused - they identified the areas of weakness and turned those into areas of strength in a very short amount of time. I loved the communication from the tutor and the company. I received a specific report of my child's tutoring session including improvements and areas that needed continued work. I received reminders of upcoming tutor sessions - which I needed!! I felt the individual attention and service was worth every penny AND found the prices to be much more reasonable that other tutors in the area. I would HIGHLY recommend Parrish Learning Zone to any parent that needs to find highly competent tutoring help for their child. Parrish is simply the best!

Michele Hiltbrunner Freemyers
2017-03-14T15:53:50+0000
An excellent place to take your kids for any tutoring needs! PLZ is a very personalized and hands on service! Both of my teenage boys have been through here for various reasons and I know we will continue to make use of them!

Janice Boles
2014-12-02T22:34:32+0000
I am extremely thankful to Parrish Learning Zone. I have a son that is a freshman in college majoring in mechanical engineering. I am so glad that we found out about the Parrish Learning Zone because they were very caring and really worked hard around my sons high school football schedule to ensure that he received all of the needed instruction in order to do well on the SAT testing. It was a great investment for his future. I believe this experience prepared my son for the transition to college life. He was able to attend a top engineering college and to play football there. My daughter is a senior in high school now and was admitted into two of the top ranked public schools in Virginia. She will be a freshman at one of these schools next year. She also was enrolled in the Parrish Learning Zone for preparation for the SAT. I am again thankful to the Parrish Learning Zone and feel that this was a great long term investment into their futures. I would strongly recommend the Parrish Learning Zone to anyone looking for an environment that offers a caring and knowledgeable approach to educating students. They are the best.

Have a question? Talk to a client specialist.